Composite plans work because they:

The composite plan proposal would provide more certainty for an employer’s contribution rate, provide for better management of a plan’s assets versus its liabilities, and ultimately achieve greater retirement certainty for workers who are currently contributing to the multiemployer system.

Delivers a bipartisan solution to a looming issue for millions of Americans.

The composite plan proposal was recommended by an independent, bipartisan commission as a solution to strengthen the multiemployer system for the future.

Provide an alternative to defined contribution with a 120% target funded ratio.

Composite plans are not a replacement for healthy defined benefit plans. Instead, they are designed to be an alternative to the 401(k)/defined contribution plans that are increasingly proposed when an employer can no longer assume the financial responsibilities of a defined benefit plan. Participating pension plans would be required to maintain a target funded ratio (assets over liabilities) of 120%. Plans failing to meet this target would be required to take corrective action. 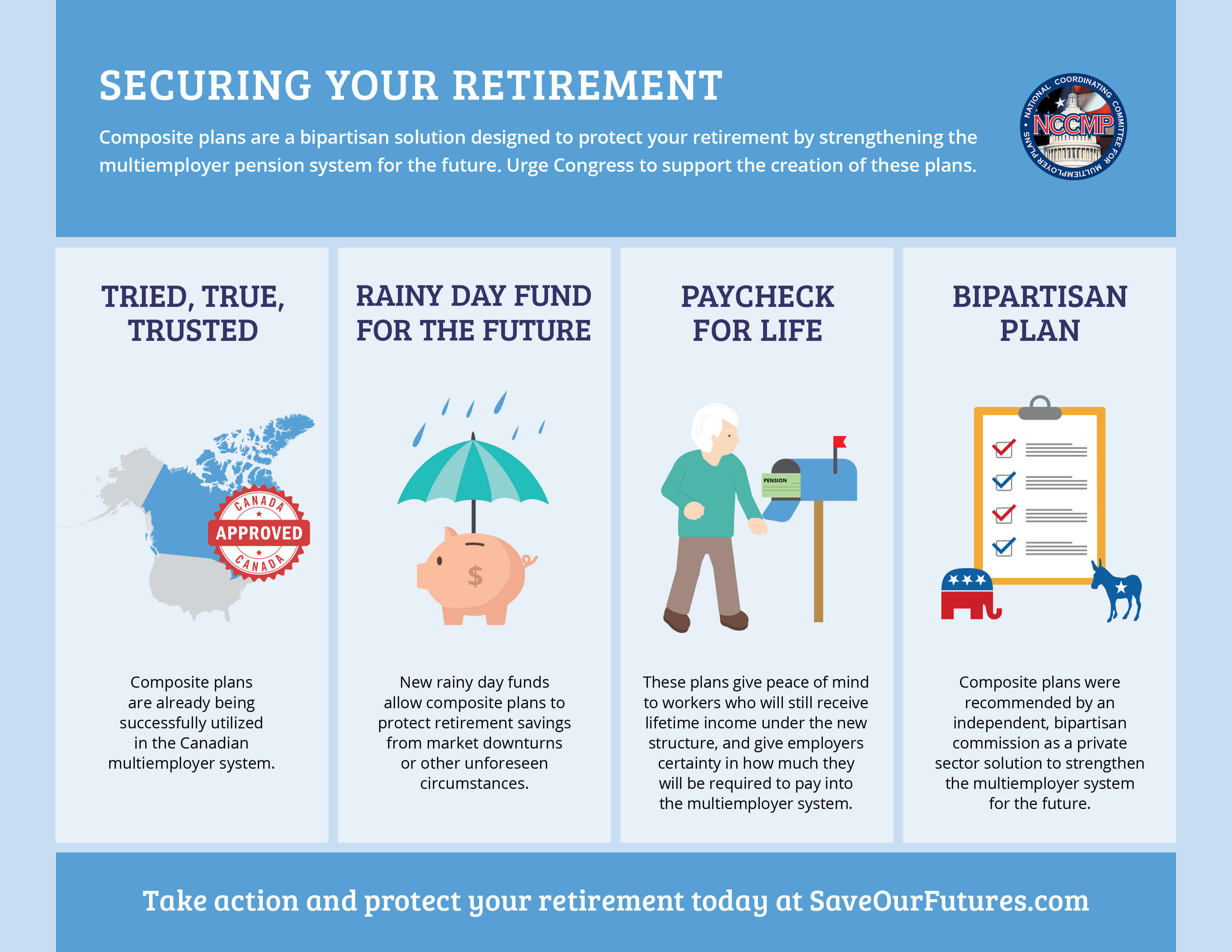